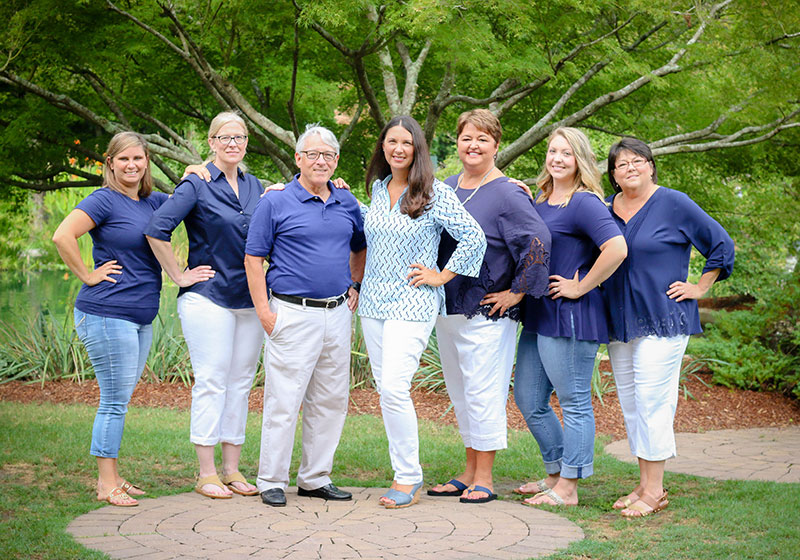 Christy, our dental assistant, joined Arboretum Dental in 2010. Her duties have grown as the practice has expanded over the years. She now divides her time as a dental assistant and front desk coordinator. Christy lives in Wallace with her husband, Paul, and her son, Matthew. On her days off, she enjoys fishing and shopping, but mostly spending time with her family.

Danielle, our certified dental assistant, has been with Arboretum Dental since 2014 as part of the Cape Fear Community College Dental Assisting Program. Danielle rotated through our office and was hired soon after she graduated. Danielle enjoys the beach, shopping, and spending time with her husband, Jonathan, and daughter, Keegan.

Kathy, one of our dental hygienists, has worked at Arboretum Dental since August 1993. She believes helping patients keep their smiles is the most rewarding aspect of her job. Kathy enjoys cooking and spending time outdoors. Her grown children–Taylor and Blake—have left the house but Kathy and her husband, Robert, enjoy visiting them when they can.

Monica, the practice administrator, moved to North Carolina in December 1995 from the Detroit Metro area. Since 1992, she has worked in various areas of dentistry, including as an oral surgery assistant, for many years before she joined Arboretum Dental in August 2008. She loves spending time with her husband, Michael, and her four-legged kids: Willow, her Goldendoodle, and her two cats Fergus and Phoebe. When she’s away from the office, she loves to do “crafty” things.

Debbie, one of our dental hygienists, has worked with Arboretum Dental since October 1986 and truly loves her job. She takes great pride in helping her patients achieve and maintain the best oral health possible. She has seen her patients “grow up” in our practice, and she feels blessed to call many of them friends. In her leisure time, she loves wedding planning, spending time at the beach, and visiting her adult children and grandbabies.